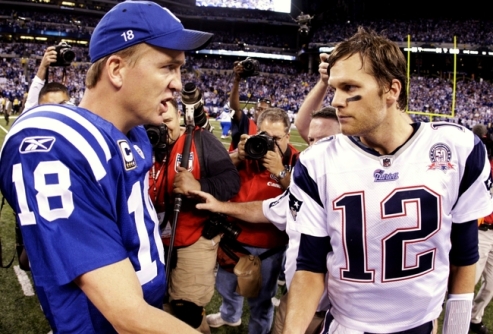 Anyone who knows me understands I enjoy watching sports every once in a while, especially if it’s ONE game in which I can truly become invested; however, I can sit and watch marathon after marathon of Real Sports with Bryant Gumbel all day.

Why? In the words of the great Steve Sabol (whose story I watched last night #187): “My dad has a great expression,” Sabol said.

“Tell me a fact, and I’ll learn. Tell me a truth, and I’ll believe. But tell me a story, and it will live in my heart forever.“

Words that Steve, who is hailed as the creative genius behind NFL Films, no doubt lived by day-after-day as he revolutionized the way we watch football. Sportswriter Frank Deford said Steve’s mission was simple: “Portray football the way Hollywood portrayed fiction…the soaring football and the soaring soundtrack, the bone breaking hits and the heartbreaking shots, sounds of tension and the sound of humor.”

Steve, with his dad Ed Sabol, turned the NFL into the biggest brand in the world.

The big takeaway for me is that the Sabols succeeded because they tapped into the human spirit in a way that eclipsed any prior attempts in the world of football. Even if you’re working on a much smaller scale with perhaps a totally different audience, here are three fundamental lessons from NFL Films for B2B Marketers:

Much like Bryant Gumbel’s show, Steve and Ed found a way to tell the real story of each football game — the human story. To do this, Ed said, they had to “get into the line…see the snot out the nose, the fingers twitching, the helmet turning sideways, the hands grabbing dirt, the rippling of the butt cheeks, the sweat coming out of their heads.” The Battle.

AND it’s not just about the close-ups, the slow-mo, or the camera angles, they went ahead and hired a classical composer for the soundtracks to tap into something that unites us all as human beings — music.

Want your audience to remember your company, product, or service? Take some time out to tell the human story.

2. Don’t forget that B’s Are People Too

If you want to have a lasting impact like Steve and Ed, remember that businesses don’t get excited, people do. Make the customer story, your story…the customer challenges, your challenges… the customer successes, your successes. The same goes for employee and community stories.

Make the customer the heroic QB of your story.

3. Respect the power of video (and go create them!)

According to Drew McLellan, “More than 88 million people watch an online video on any given day; and 75% of C-suite executives watch work-related videos weekly.” Tell the story in the format people most like to consume. Would you rather watch a football game — the expressions, the tension, the passes, the shots — or just listen to it?

And don’t panic. Today, video doesn’t have to be fancy; actually, in the YouTube era, the clunkier it is, the more authentic it looks. Get your family camera and go interview your customer — on camera. Video can also significantly increase conversion rates on landing pages; in some instances by 100 percent! People love movies. Period.

“Nothing lasts, unless it can be expressed in the terms of the human spirit.”

“Jennifer has all the qualities a true PR professional should have: confidence, passion, intelligence and a knack for the written word. I watched her leverage all of these traits, where she helped take uTest from an obscure startup to one of the hottest names in technology. If you're looking for PR results, look no further.“